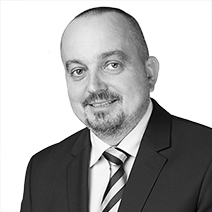 Martin Smetana has been a partner and attorney-at-law at Law Office Janstová & Smetana since 2007. He was registered under number 09089 in the List of Attorneys-at-Law maintained by the Czech Bar Chamber on 01 July 2001. During 1997 and 1998, he worked as a lawyer for the Ministry of Defence of the Czech Republic. In the period from 1998 to 2007, he first held a position of an articling attorney-at-law, and later became a partner in the Prague Law Office.

In his practice as an attorney-at-law, Martin Smetana has been involved in the long term in civil law, administrative law, and legal relations in the sphere of legal estate.

Martin Smetana is also Deputy Mayor of the municipality Chocerady.

Martin Smetana is fluent in Czech and English.

ANY QUESTIONS? WRITE TO US